The future of Social


History is a great teacher. Social work has gained from a past that has evolved through many phases  Lessons from the past remain as guideposts along the road that still has to be traversed. 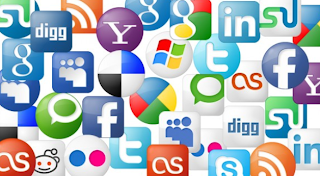 The practice of alms-giving and charity that prevailed in the Middle Ages taught Social work practitioners a valuable lesson exemplified by the  saying, ‘Give me a fish and I eat for today, teach me to fish and I eat for a lifetime’. Evolving from the Charity dispensing mode, Social Work recognized the importance of making people self reliant. It has caused the emergence of educational and vocational institutions.

Needs that exist in human society have sometimes arisen out of certain events in the past. World Wars, territorial strife, natural calamities all have left scars on people on their psyches, on the communities in which they lived and on the earth and environment they inhabited. They have caused poverty, mental instability and disease. Migration of entire populations  led to loss of property and alienation from their own cultures. Dealing with such dilemmas necessitated the link-up of Social Work with other disciplines. Psychology, sociology, economics, medicine, law and political science have teamed up with Social Work. In this way, professional Social Work has impacted on the lives of individuals, groups and communities.

The International definition of Social Work is stated thus: The social work profession promotes social change, problem solving in human relationships and the empowerment and liberation of people to enhance well-being. Utilising theories of human behaviour and social systems, social work intervenes at the points where people interact with their environment. Principles of human rights and social justice are fundamental to social work. (This definition was jointly agreed upon by the International Association of Schools of Social Work at on 27th June 2001)

This definition has the advantage of being universal and timeless. It helps to direct the future of social work. Science and technology have revolutionized  many aspects of human life.  Modern communication has shrunk the world to the size of a micro chip, business has benefited vastly, travel has been simplified and modern medicine presents new marvels regularly.

The negative aspects of such progress can be seen in the widening divide between rich and poor. In many parts of the world, the most basic facilities have not reached everybody. Safe drinking water, electricity, economical fuel options, medical services are not enjoyed by all and the earth’s resources are being consumed without being replaced. All this is likely to lead to a collapse of social systems as we know them! Social work needs to address the negative issues that progress has brought in it’s wake and deal with individuals, groups and communities that have been affected by the inequities that have arisen out of the system.

In answer to the question “Does Social Work have a future in the twenty first century?” The answer is “Yes”. As long as disparities remain between people; as long as ignorance, hunger and disease continue to stalk mankind, there is a role for social work to play! Responses must be designed in conformity with prevalent patterns of lifestyle, technology has to be more eco-friendly and the world must become free of fear.

This is a vast order for social work to fill but, work at the level of policy making, work at the grassroots and at all the spaces in between will ensure a better world for generations yet to come!
By Yogi Udgire at December 24, 2012
Email ThisBlogThis!Share to TwitterShare to FacebookShare to Pinterest
Labels: Facebook mumbai, Future of Mobile Apps., G+ Mumbai, Linkedin mumbai, mumbai Media, mumbai social media, pinterest, social mumbai SMO JOBS, twitter Mumbai