Consumer Behaviour In The Age Of Social Media

• On the morning of Dec 17, 2010, a 26-year-old vegetable vendor in a small north African country immolated himself after his cart was seized by the police.
The next day, a Facebook user uploaded a picture of police tear-gassing protestors, thus unknowingly becoming a spark which engulfed the entire continent.

• Two years later, a pop singer who no one had heard of outside his home country, took the world by storm, prancing around a rich neighbourhood, while parodying its pretentions.
The song has been viewed a jaw dropping 1.8 billion times on YouTube.

• That same year, a social media company listed on the Nasdaq with a valuation of over $100 billion, more than the market cap of India's two biggest software companies combined.

To use one of the most celebrated clichés of English language - Times are Changing. Or have they changed already beyond recognition?
'Liking' and 'sharing' are no longer Biblical virtues. My 11-year old cousin refuses to believe that a tweet can also refer to a bird exercising its vocal chords. And I still remember a time when 'viral' was the most common prefix for fever. 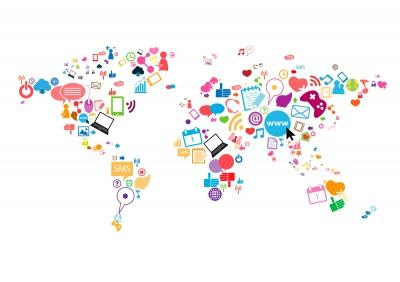 But perhaps these are just outer manifestations. Man's innate need to weave and tell stories remains the same. Only this time, the pigeon of yesteryears has transformed into Twitter's blue-hued bird.
The preening Narcissus of Greek mythology is today a 25-year-old youth in South Delhi who posts adroitly clicked 'selfies' on his Facebook wall and waits in tingling anticipation as likes and comments pour in.

If Eklavya was born in the 21st century, he would no longer be hiding in the bushes to watch Dronacharya teach his princely disciples. He would have logged on to YouTube and learnt archery from the hundreds of do-it-yourself videos on the site.
When it comes to proliferation of social media in a nation like ours, it should come as no surprise that these communication tools are being adopted at an unprecedented pace.

We are talking about a nation where 65% of the population is below 35 years of age.

So how are companies and consumers reacting to this changing landscape?
Firstly, brands have begun to realise that they cannot rely on traditional marketing to reach today youth, who fleet from laptops to tablets to smartphones in a constant state of partial attention.

Look at Nike's Facebook page for example. The entire focus is on celebrating fitness and athleticism, rather than a myopic focus on its latest shoes or T-shirts. The same was the case with KFC's Krushers Komic digital campaign, where it created India's first "user-generated graphic novel on Facebook".

Another important aspect is the increased relevance of real time marketing -- that is trying to capitalise on a real-life incident with speed and taste.
The most famous example is Oreo's 'dunk in the dark' tweet. When there was a power failure during a Super Bowl match in US, Oreo seized the opportunity and tweeted a picture of the biscuit, with the text -- 'You can still dunk in the dark'. The tweet went viral, and was the subject of a lot of media coverage.
Coming to consumers, social media has transformed every smartphone-equipped customer into a reviewer. This tribe wields enormous clout, and is changing the way brands interact with people. In fact, it would be not too wrong to say that reviewing is the new advertising.
Creating, building and nurturing brands in this age of ‘likes’ and ‘dislikes’ is thus a Herculean task. One bad review from a disgruntled consumer, and all our grand marketing and communication plans can come crashing down.

But thankfully for brands, social media is a two-way street.
For every dissatisfied consumer, there are two delighted users who are more than eager to log on to Twitter or Facebook and write glowing reviews about the brands and products.
Not only that, the glowing reviews can even be about products consumers have never tried. Among the 10 lakh likes on Harley Davidson India’s Facebook page, the majority have never even laid their hands on the bike.

In marketing, we call them reference groups – communities which we want to belong.
I remember when Starbucks opened its first outlet in Connaught Place in Delhi, my Facebook wall was flooded by pictures of people inside the store, proudly clutching the coffee cup. And for people who could not get inside, they settled for posing outside the store, with the Starbucks logo forming the perfect background.
But for all our bubbling enthusiasm for these new communication tools, there are some very important concerns as well.

For example, what about the ROI for companies? All the talk about virality and online buzz is fine, but at the end of the day, if businesses see no returns on their ad spends, it won't take very long for them to end their love affair with the digital world.

For all us social media enthusiasts, it's a sobering fact to remember that Apple, the synonym of cool and desirable among GenNext, does not have an official Facebook or Twitter page.
But for the rest of the companies, it would be safe to say that social media is the new reality they have to wake up to. As the traditional wisdom goes, brands have to be where its consumers are.
Souce:-http://www.mbaskool.com/business-articles/marketing/9150-consumer-behaviour-in-the-age-of-social-media.html
By Anonymous at March 26, 2014
Email ThisBlogThis!Share to TwitterShare to FacebookShare to Pinterest