What are pennies?
Pennies, or one cent coins were first manufactured in the US Mint in 1792. [1] The first pennies were manufactured from pure copper.

So what’s the problem?
Inflation. While the value of copper increased, the buying power of pennies kept decreasing. The Mint eluded the problem by reducing the amount of copper in pennies till pennies were only 5% copper and 95% zinc. 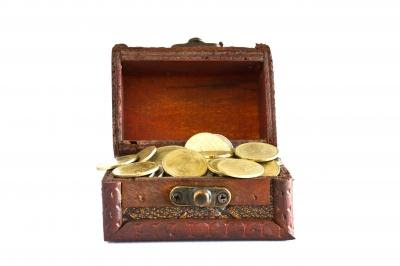 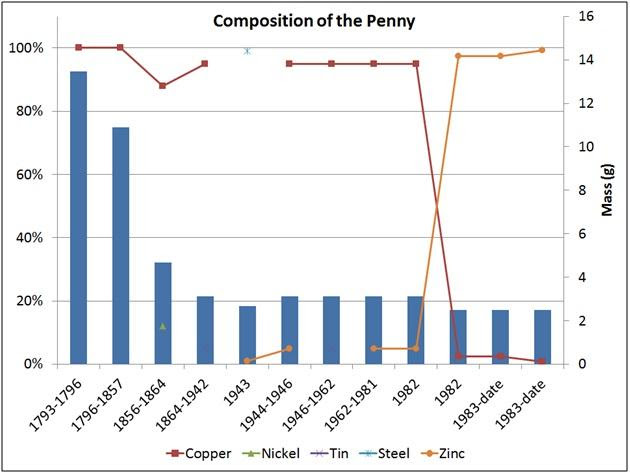 In 2006, the value of copper rose over 1% and pennies could now be melted to sell raw copper for profit. Meaning, you could melt a cent and use the copper to buy more cents forming an endless money supply. The US Government’s responded by making it illegal to melt US coins and continued to manufacture 7 billion pennies each year. [3]

So the US Mint manufactures pennies today at a cost of 1.8 cents/cent. [4]

So let’s not use copper. Let’s use wood or plastic or steel.

Sadly, the problem lies not with the material, but with the amount of money a penny represents. The denominations of cash an everyday American needs are supposed to be small enough so she doesn’t overpay and big enough to make paying at a supermarket counter an ordeal performed within a minute.

At some point, a denomination represents a value too small to buy anything with.

Today, pennies cannot buy anything. The argument that they help to give exact change costs 2 seconds to each transaction on an average which is less than the value of an average American’s time. [5]

Vending machines do not take pennies. Neither do laundry machines, toll booths, parking meters, etc. all because of the simple reason – pennies are not worth the effort to count, store and transport.

The only machine which takes pennies is Coinstar. [6] A machine that charges 10% of our money for the ability to spend cash which was already ours.

The difficulty of spending pennies is the reason why they end up in jars. They are essentially useless to the economy after a short useless life where they failed at their only job – to facilitate exchange. Instead they did the exact opposite by being a dead weight on every cash transaction. There lies only one solution to them – elimination.

Won’t prices rise and charities lose money without the penny?
No. New Zealand got rid of their 1 cent coin, so did Australia. [7,8] These countries round to the nearest 5 cents for cash transactions and none of them saw prices rise or charitable donations drop. [7,8]
Moreover, the US has already gone through this process before without trouble.
The half-cent. It was discontinued in 1857 for being worth too little. When it was killed, it had more buying power than today’s dime. Perhaps the list of modern coins to kill goes beyond the penny. [9] 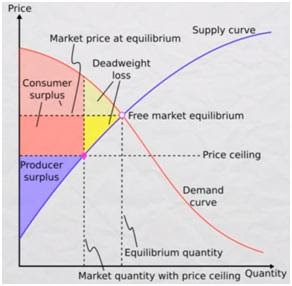 But what about Lincon?
Ditching the penny will not erase Lincon from history. Lincon and his monument are, and will stay, on the 5 dollar bill.
But if this fails to convince you, let’s direct our attention to the US Military. In overseas bases, they’ve already abolished the penny by rounding to the nearest 5 cents. [10]

So what am I trying to say?
Sooner or later even the most ardent Lincon fans will have to give up the penny. They cost more to make their worth. They waste people’s time. They don’t work as money. They cost to store and use. And courtesy inflation, they’re less valuable each passing day making all other problems worse.
Source:-http://www.mbaskool.com/business-articles/finance/9342-death-to-pennies.html
By Anonymous at March 26, 2014
Email ThisBlogThis!Share to TwitterShare to FacebookShare to Pinterest