DERIVATIVES MARKET
The derivatives market is the financial market for derivatives, financial instruments like futures contracts or options, which are derived from other forms of assets.
The market can be divided into two, that for exchange-traded derivatives and that for over-the-counter derivatives. The legal nature of these products is very different as well as the way they are traded, though many market participants are active in both.
FUTURES MARKET
Futures exchanges, such as Euronext.liffe and the Chicago Mercantile Exchange, trade in standardized derivative contracts. These are options contracts and futures contracts on a whole range of underlying products. The members of the exchange hold positions in these contracts with the exchange, who acts as centra lcounter party. When one party goes long (buys a futures contract), another goes short (sells). When a new contract is introduced, the total position in the contract is zero. Therefore, the sum of all the long positions must be equal to the sum of all the short positions. In other words, risk is transferred from one party to another. The total notional amount of all the outstanding positions at the end of June 2004 stood at $53 trillion. (source: Bank for International Settlements (BIS):. That figure grew to $81 trillion by the end of March 2008 .
OVER THE COUNTERS MARKET
Tailor-made derivatives, not traded on a futures exchange are traded on over-the-counter markets, also known as the OTC market. These consist of investment banks who have traders who make markets in these derivatives, and clients such as hedge funds, commercial banks, government sponsored enterprises, etc. Products that are always traded over-the-counter are swaps, forward rate agreements, forward contracts, credit derivatives, accumulators etc. The total notional amount of all the outstanding positions at the end of June 2004 stood at $220 trillion. (source: BIS: . By the end of 2007 this figure had risen to $596 trillion and in 2009 it stood at $615 trillion.
(http://en.wikipedia.org/wiki/Derivatives_market)
By Anonymous at March 29, 2014
Email ThisBlogThis!Share to TwitterShare to FacebookShare to Pinterest

Let us learn the job skills we need to succeed in a post-covid world!

With the crisis hitting us, we wonder what shall happen after the lockdown ends. Let us see what we can learn now. The world is cha... 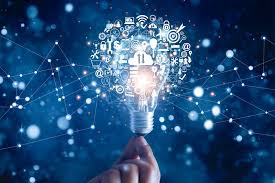