In Game Advertising - Effectiveness And Alternatives

The selling concept is hitting hard on the marketers, forcing them to devise new interactive ways to sell their products. Owing to this, many transitions have occurred in the world of advertisement. Started from the word of mouth to print media to electronic media and finally progressed to social networking and In-game advertising. In the past decade, there has been an explosive growth in digital games, including both computer and console games. Digital games are no longer termed as the ‘sole territory’ of adolescent males, but have evolved as an entertainment medium for both genders. Millions of people are now engaged in playing digital games making this medium particularly interesting for the advertising industry. Thus the marketers are rushing to developers for In-Game Advertising of their products. 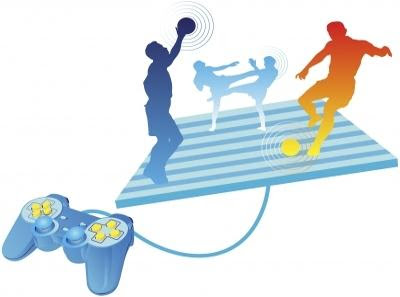 The concept of IGA (In-Game Advertising) has thus evolved through the vast platform created by digital games. The IGA refers to the advertising in computer, mobile and video games. The IGA industry is large and growing. In 2009, the spending on IGA was estimated to be around $699 million and is expected to cross the billion dollar mark by 2014.

The examples of IGA are billboards in games, banners in mostly online games, or in games brand placement. The below images show the various forms of IGA.

With respect to the time spent while playing games, IGA revenues are still relatively low compared to other media such as television and internet. It thus appears that IGA has not yet been fully exploited by game developers and marketers. Backed by negative reviews, IGA still has a lot of positives to get successful. The IGA helps to connect with those target customers who spend little to no time watching television but uses the internet and digital games as their medium for entertainment. The other major positive characteristic of IGA is their ‘Price Reducing Potential’. Through IGA, the developers get a financial support and thus do not rely solely on the sales of their game. The overall process thus reduces the cost of the game and also benefits the customers as the end users.  Some of the top in-game advertising companies are Reloaded In-Game Advertising, IGA Worldwide, Engage Advertising, Double Fusion, Massive Incorporated.

The IGA has negative as well as positive impact on the gamers. The IGA might break the immersion of the player if the brand seems inappropriate, out of context, occupies a large screen volume etc. The gamer thus labels the particular game as ‘negative’ and IGA as ‘intrusive’. As a result of these, the gamers might even decide to boycott the game or even worse to avoid all the games from that developer.

But keeping in view the vast opportunities that IGA provides, this segment of advertising cannot simply be ignored due to the negative effects it generates. Rather various ways should be evolved to flip the coin to the positive side. The rectification can be done keeping in view some points while designing IGA and also exploring some close alternatives of IGA. Some ways by which the IGA could be made effective and positive are suggested below:

The next alteration that can be done is to post ads which are appropriate with the kind of game. The other way of saying this is that the marketers should choose their ‘Target Games’, which would ultimately connect them with their target customers wisely. For example the IGA regarding baby diapers in a hardcore game like infinity blade or assassin’s creed would not only be ineffective but also be highly inappropriate.

A marketer selling baby diapers should have its target games as alphabet games or other kids’ games. Similarly an IGA regarding vehicle tyre should be included in game like Need for Speed etc. All this would make utmost sense and would also acquire the much needed attention of the gamer, that too on a positive note. For example, as seen in the following image, the ad for ‘Nike sportswear’ and ‘Peel orange juice’ for instant energy exemplifies the ad appropriateness in a rugby game. 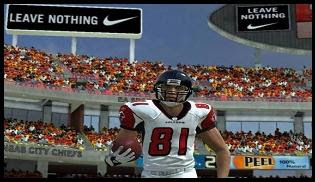 Increasing Internet connectivity and bandwidth has increased the use of dynamic IGA, which allows the game manufacturer or its advertisement vendor to deliver advertisements remotely, update advertisements after the game is launched. This is a serious issue especially for the Indian users as most of the gamers have low speed internet and most of them still use the ancient 2G on their mobiles. It thus disrupts the fluency of the game.

While designing, it should be kept in mind that effective IGA does not necessarily require more volume and data. The saying ‘less is more’ makes perfect sense here. Also the multiple banner ads (where the banner changes after every 5/10 seconds) should be avoided or kept as low as possible. This will hence lead to less data consumption and would not alter the smoothness of the game.

Exhaustive games are the games which require a lot of concentration, computer memory and data. These games are generally backed by heavy audio and visual signals. The IGA in exhaustive games are criticized the most. They are termed as intruder when they take up the much needed screen space.
To overcome this negativity, the screen space should only be dedicated to the game and instead the concept of pop up ads should be included. A pop up ad is an ad which pops out once the game or a level has been completed.

Many a times, we as gamers come across a message while playing mobile games stating “to get rid of ads, purchase the premium version”. The premium version is basically being referred to the paid version. The developer and marketer are thus themselves creating a negative image of IGA by terming the ad free versions as premium. The strategy might boost the revenues for the developers but it surely would not post a positive impact about the IGA on gamers or customers.
Suggesting the good amount of ads even the premium version or getting rid of them in the free version would but of course be an impractical and immature move. But to start with, the developers should stop exposing IGA as an intruder. The alert for buying the premium version should thus be altered and a negligible amount of ads should be included in it too. “Want lesser ads, shift to the paid version”, would hence be a more appropriate version of the message. This will considerably change the attitude of the gamers towards IGA.

IGA means advertisement within the game. But especially in case of mobile games, as soon as the gamer clicks on the ad, it takes him to the web address of that marketer in a search engine. This annoys the customer greatly as his immersion is completely broken and he might have to fight his way back into the game with a probability of not returning to the exact point.
For the IGA to be apt, it should operate within the game. By clicking the ad, the gamer should be introduced with the product with a dialog box or pop up screen within the game.  The box should also have a cross button for the player to go back to the exact point where he left the game.

ALTERNATIVE TO IGA:
Apart from the solutions to make IGA more effective, another potential form of IGA could also be explored. As it views the IGA from a whole new perspective, I term this another form as an alternative called ‘Advergames’.

Unlike traditional product placement in entertainment media known to annoy and distract viewers, advergames are custom designed, interactive video games developed specifically for a brand. Advergames represent an effort to make the game itself the brand message by embedding brand specific information into features central to the game play. An example to this is an advergame called sportscar challenge.

By doing all minor and major update to the game expecting them to include an Aston Martin (which is my favorite) in their Racing Cars line, I failed every time. It was later known to me that sportscar challenge is an advergame made by Volkswagen China and thus includes only Volkswagen cars like Audi, Bugatti, and Lamborghini etc.

Another example of advergame is that of Shahrukh Khan’s movie ‘Chennai Express’. He is often called as the marketing guru of bollywood and this can further be exemplified by his latest advertising tactics. As the movie broke all records, the advergame can thus be termed as one of the determinant for the success of his movie. The screenshot of the game are shown below: 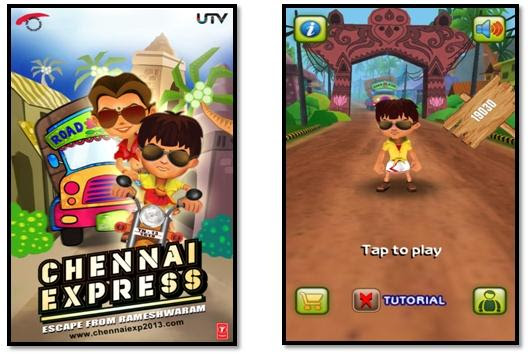 It can thus be seen that the IGA is certainly the future of advertising. But the marketer should keep various factors discussed above to create a more effective and positive attitude of gamers towards their product.
Source:-http://www.mbaskool.com/business-articles/marketing/9344-in-game-advertising-effectiveness-and-alternatives.html
By Anonymous at March 26, 2014
Email ThisBlogThis!Share to TwitterShare to FacebookShare to Pinterest