In the early twentieth century, with the advent of television, soaps and dramas along with movies occupied the prime air time. After the Second World War, as people's enchantment with soaps started weaning, new type of shows began to be aired which showed real life situations in which common people and celebrities were involved. Pioneered by the likes of Allen Funt's Candid Camera (1948 - 2004), this new segment came to be called as Reality shows (unlike the scripted ones). They offered the public a fresh breath of air from the regular soaps which were too dramatic and became predictable. There are many other psychological reasons as to why reality shows went on to become such massive hits. Post the changes in the Media and Entertainment industry in 1980s, production companies brought several changes in reality shows, like leaner low cost production, and a little scripting and backstage controlling. This paper aims to explain l these features along with the promotional activities taken by production houses. As the efforts to promote are invariably tied to the effects it has on the viewers, we have explained some effects on people too.

The production teams and the cast sell these reality shows by appealing to viewers’ sensualities. Various viewer segments find some psychological needs satisfied via these shows, which can be judged from the testimony that the number of Reality Programs had increased by close to a hundred fold (4 to 320) in a decade (2000 – 2010). 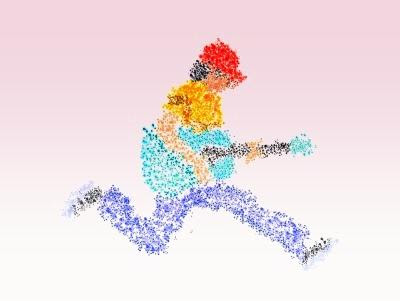 Some of those factors/needs of the viewers which are captured for selling them are:
a) Piquing Curiosity – As human beings, we are fallible to curiosity. This curiosity could be - about the world around us, or about the emotional sides of others, or about others’ reaction in certain situations. The latter two types relating to people's emotional lives and their reactionary traits are well catered by these shows.
E.g. Panopticon shows like Bigg Boss, Splitsvilla etc

b) Non-soap Entertainment - The public, who have been watching soaps and dramas started craving for something new. This freshness in content is provided by candidness (at least presumably candid) of the reality shows.
Examples abound like 'Saregama', India's first reality show, which went on to be a huge hit as it was a deviation from the regular soap operas of that time. The success of this reality entertainment genre can be gauged from the spike in viewership from 2000-2010.

c) Expectations of reality - In psychological circles, it is said that most people are disillusioned with the reality in their lives and hence look for it in other's lives. Since these shows carry the tag “Reality” in it, they are naturally drawn to it. They wish to see better realities of others or see their own realities to be better than others', as per their superiority or inferiority complexes respectively.
The production team change the characteristics of the participants according to viewer responses and capture on this.

d) Emotional Connect – Most humans tend to associate themselves with the lead characters of a story. The viewers tend to form an emotional connect with various characters portrayed in the reality show. It could be for the ones they find themselves most similar with, or the ones they like the most. Then they are drawn to watch the show repeatedly to see what happens to their favourite characters in the show.
The producers exploit this need by hosting wide range of characters to appeal to a large section of viewers.

e) Holding the sceptre – A lot of reality shows offer viewers the chance to decide the fate of the contestants by voting mechanism or online feedback. This makes the viewers feel that their decisions personally affect the contestants and gives them a sense of gratification of holding power over other's lives.
E.g. American Idol, Big Brother etc.

f) People's Schadenfreude – A lot of people derive a sense of self-assurance by watching others in misery. Some would even feel a sense of contentment by it. They harness this emotion by displaying characters being put through miserable conditions, physical or emotional torture, verbal abuses etc. Sometimes it goes much beyond reality too, but the public doesn’t mind it when it forms a cohesive unit of the plot.
E.g. Emotional Atyachar, Roadies etc.

g) Peer Influence – Aggressive marketing by the production companies makes these shows the talk of the town. People tend to discuss the shows at office or while travelling or in social gatherings. This influences non-viewers to watch the shows just so that they can stay relevant in such discussions. And later that is converted into regular viewership.

Strategies implemented in selling these shows
The strategies mentioned here are besides the hardcore aggressive marketing, in print and other media, billboards and electronic communication that largely contribute to their success. Each reality show employs a distinct way of positioning its show.

1. Stoking Sympathy and Empathy of the people – Shows like KBC give a brief introductory about the contestant as he/she enters the “Hot Seat” in which the background along with their main motivation are shown. The contestants who come from difficult backgrounds tend to gain the sympathy of the people and thus attract viewers. Naturally the viewers are piqued about the fate of these contestants and would tune-in in larger numbers in to find out the happenings. Also it is always made sure that such contestants are cleared until they get on to the next day's show to be followed up on. Generally, the winners are the ones who would seem to need it the most as per viewers. Sympathy for the contestants is a strong motivation for the viewers to watch.

2. Catering to Voyeuristic nature of people – Shows like Big Brother and Splitsvilla allow the people to engage in voyeuristic activities. Secretly most people like to watch others personal activities. And placing cameras around the contestants round the clock, the shows offer such opportunities to the viewers. In most shows, the contestants engage in more than platonic relationships to raise the TRP levels.

3. Stoking Ego of the viewers - Shows like “16 and Pregnant” and “Teen Mom” series show things that are not socially acceptable (they are being critically noted for glamorizing teen pregnancy and thus catering to teen moms). These shows portray dysfunctional relationships, child abuse and addiction to drugs and alcohol. Such shows make the viewers feel that their own lives are much better than the contestants’.

4. Selling Motivation to the viewers – By showing success in Competition Shows, viewers are motivated to step out of their comfort zones and overcome seemingly insurmountable obstacles just as their favourite contestants did. Shows like “The Biggest Loser” motivate people to work out and stay fit. Other examples are “Dancing with the Stars”, “The Voice” etc.

5. Engaging Celebrities in online promotion using Social Media: When a celebrity endorses shows or tweets, it is certain to increase the viewership. E.g. Jennifer Weiner's hysterical tweets about the show “The Bachelorette” sky-rocketed its viewership.

6. Providing Non-Brain stressing entertainment – Shows like “Keeping up with the Kardashians” and “The Real Housewives” offer continuous entertainment which doesn’t take a lot of effort to discern and dissect. It serves as a daily dose of relaxant after a day of stressful activity.

The Big Question- Are they playing with the minds of the viewers?

The popularity and aggressive marketing of reality shows has made it hard to avoid watching.
E.g. Big Brother (aired 5 days in a week and available online)
The featuring of these shows on cover pages of leading magazines like Temptation Island on People magazine and Survivor on New York Post are other examples.

Reality shows fantasize on ordinary people about gaining fame. Though in most cases it’s only temporary, the viewers are engaged in it. Viewer’s perceptions are being altered, about life being different from ground reality. For example, Due to Snooki effect, young girls think that using profane words, indulging in graphic discussions about sex and cribbing about other women is acceptable. The production team makes the contestants portray such nature to increase the TRP rating though it’s not their real nature.

In short Reality shows rarely ever depict reality. They are as scripted as soap operas and bank on creating controversies to grab viewer's attention and generate revenue via voting practices. Most shows in India get Rs.3-4 per SMS sent as a vote and generate Rs.60-80 crore revenue, which is then shared between the production house and the telecom operator.

Reality shows are like a walking stick: can be used beneficially or destructively. There are several positive things that people can learn from competition shows like perseverance and communication. On the other hand, younger generation may get influenced to follow profanity, unethical behaviours and indulge in malpractices to oust the competition. Viewers should just look at these shows for entertainment and shouldn’t perceive them as reality.

Source:-http://www.mbaskool.com/business-articles/marketing/9348-increasing-viewership-of-reality-shows.html
By Anonymous at March 26, 2014
Email ThisBlogThis!Share to TwitterShare to FacebookShare to Pinterest