Let’s start by defining what the oft-used and oft-abused word “Loyalty Programmes” means and contrast it with what it has come to signify over time. Loyalty programmes seek to encourage and reward loyal buying behavior. According to a study by the research firm Colloquy, the number of U.S. loyalty program memberships grew by 26.7% from 2010 to 2012.


Loyalty programmes could take the shape of loyalty cards, rewards points, points cards, advantage card, club card etc. across regions and countries. In addition, there are debit card linked loyalty programmes as well. They enable the implementation of something known as a two-part tariff. The major advantages of loyalty programmes are that they help retain consumers, attract new consumers and in some cases give free publicity to the store/brand. It helps brands know who their best consumers are and how the programme can be differentiated for them which in other terms is known as “relevance marketing”. 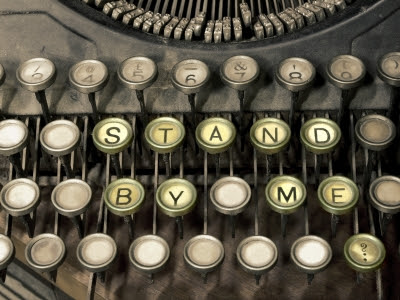 The process of application to these loyalty programmes involves filling a form which entails agreements regarding customer privacy and non-disclosure agreement about a part of users’ data. This data is useful to the stores to get an idea of users’ preferences, likings and purchase patterns.

Of late there is an increasing “disloyalty” to loyalty cards. What this means is that there is a growing mistrust in the utility of loyalty programmes both on the part of consumers and retailers. Some of the disadvantages of loyalty programmes such as decreased brand value, reduction in profits, false consumer information, masking of real loyalty and satisfaction levels etc are steadily coming to fore. This is highlighted by the fact that Indian consumers in most cases like instant fruition and get attracted to schemes which are short term. They also prefer schemes which give them freebies in comparison to ones which promise rewards later. Brands are also struggling with large amounts of big data and are not able to leverage it to the best possible extent. This data can be used to refine the pricing, promotion and assortment strategies of brands if used properly.

Even though the number of loyalty cards per family in India has increased exponentially over years, the number of loyalty programmes actively used is largely questionable. Most of the consumers of organized retail in India are educated. They do understand that loyalty programs gather and utilize data to make marketing decisions. So, if there is no clarity in providing benefits to consumers in lieu of this information, their acceptance of loyalty programmes takes a hit. A lot of supermarkets in the USA such as Albertsons, Shaw’s, Acme-Markets etc have started eliminating loyalty cards and introducing low prices for all. Many consumers see this as a positive change as they do not have to keep track of multiple cards or smartphone apps for discounts. This also lessens their concerns about privacy and personal data. In some cases, loyalty cards also increase consumer queues at the check-out counter.

On the other hand some supermarket chains like Safeway and Krogers are putting greater emphasis on loyalty programmes to use consumers’ shopping histories to give them personalized deals and coupons to further increase their spending. Some consumers might deem this as being highly unfair as they have to pay a higher price than other consumers. But, this is a great advantage to the holders of loyalty cards and makes them feel special to have prices personalized for them.

So, in a nutshell the verdict on the efficacy of loyalty programmes stands divided.
Source : http://www.mbaskool.com/business-articles/marketing/8705-loyalty-programmes-boon-or-bane.html
By Anonymous at March 26, 2014
Email ThisBlogThis!Share to TwitterShare to FacebookShare to Pinterest