Minimalistic Marketing and its Relevance

Posted by Anonymous on March 26, 2014
"Who strive - you don't know how the others strive
To paint a little thing like that you smeared
Carelessly passing with your robes afloat,
Yet do much less, so much less
Well, less is more, Lucrezia: I am judged"

When ‘Robert Browning’ penned down these words in his 1855 poem titled, “Andrea del Sarto (The Faultless Painter)”, little did he know what this would mean to us, some 150 odd years later. Of course he wasn’t talking about any of the marketing concepts back then but definitely he had laid a stone to incubate the same in our grey cells. 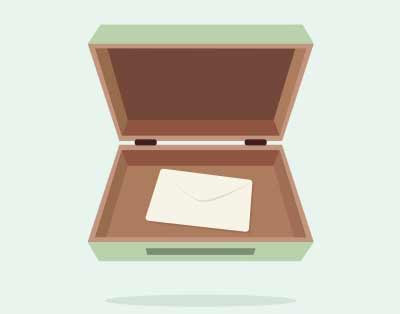 image:bplanet, freedigitalphotos.net
It may be an audacious statement to make but as complex as marketing has become in the present era with brand wars at every bend of the road, it’s the simplicity of the brand message and the product that hits the mind point blank and wins. As perceived by masses, the latest and the greatest stuff doesn’t do everything. It just makes sure you feel the same while pondering your mind over it. In fact, the latest and greatest stuff does probably one simple thing but yes, it does that well.
This paper will talk about a “Simple” yet “Intricate” terrain of the marketing world, a terrain where only a few battles have been fought and those who have dared to fight have catapult themselves as market emperors. The figure below describes a typical market scenario where in the core product is bombarded with embellishments to please the consumer but today’s consumer is smart enough to remain focused on the core benefit he desires and finally chooses the product, going by only the use and not the adornments.

Market Offering Consumer Demand Consumer Choice
What does the consumer want?
In today’s era of minimalism and simplicity, nobody wants to be thrown into a maze of pages with keywords floating the home page and barging onto your face saying “listen to what I have to say and then thou shall walk ahead.” In nutshell, the brands that are rule the online world are scaling back and making the consumer experience as minimalistic as possible.
So we can say this with aplomb that the crux of the consumer behaviour is that he is moving through the content at a voracious speed and yet the marketers keep pretending that everything they’re publishing is some kind of destination in the consumer experience and he is liable to stop at each and every pit set up by them and be thankful to them. Alas! That’s a big time misconception. Marketers need to adapt to the new reality and adjust their attitudes to the new age where in the customers’ attention span has become less and the demands have risen with shortage in time to fulfil them. Phew! This roller coaster graph needs for the marketers to sit back and align themselves to this new minimalistic era and rather than stacking the homepage with the corporate stock price, news feed, product updates and more, they need to tell each other, “Keep it simple, silly”, of course the “Rockstar” has told that plethora times  on national TV. Imagine it’s your girlfriend’s birthday and your surprise party is ready with candles and a dark room and the video of memories about to play; and suddenly, your desktop somewhat looks full of icons and you got to drill out the video from the desktop. Phew! You are dead.
This what marketing has become now a days, a clutter. As Seth Godin puts it, “We create clutter and then to remove that clutter, we create more clutter”.
How minimalistic marketing concept has been cashed?
What more, ‘Google’ barged into the Oxford dictionary banking on this strategy. Mr. Page was smart enough to realize that a search engine be kept the same rather than adorning it with advertising embellishments where in some skinny girls pop out of your screens at some awkward time saying, “let’s be friends”, thanks to the Big Data Analytics that has become a Beige Book of our personal lives.
Nevertheless, to be taken away, is the feed, that a consumer needs a clear value chain of his needs rather than a marketer’s excitement of what he has to offer.
You don’t need what’s not needed
When we talk about needs, in Poussin's painting Landscape with Diogenes, 1648, the ancient philosopher is depicted casting away his last possession, a water drinking bowl. He realises he doesn't need that after seeing a youth cupping hands to drink from a river. This is what the consumer has realized today. He has the clear picture of his need and is as focussed as Arjun’s arrow to not sway away from it. So at best what marketers’ should do is, give him the Fish’s eye and not lure him with the Cod Liver oil.
Guinness Beer evolved not as a product but a pack to connect with the customer with a minimalistic approach. 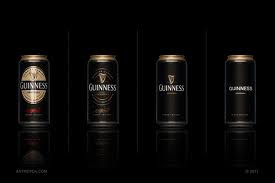 Also when we talked about Diogenes earlier, Steve Jobs may be called a reincarnation of same. He redefined simplicity by abolishing the tic tack buttons on a phone; who would have dared that some years back? But Jobs and Apple presented the world with a “Simple yet Sophisticated” product that was dearer to them than their families. This is the wand of simplicity for you.

The simple philosophy
It is said, “If you can get a consumer hooked onto one, simple thing, odds are that you can rinse and repeat the same process”. Practically true, but sadly treated as a fallacy. Minimalism doesn’t mean less of services but rather loads of them in a layman’s hand, and now it’s a game about who keeps the layman glued to them, definitely by satiating him.
Kelly Johnson’s KISS, “Keep it Simple, Stupid” principle may be admired a lot, but seldom do the marketers realize the dire need of the same to be implemented and the amazing opportunity the market industry has for them.
The fruit company would have been anything but “Apple”, had it not been for Job’s minimalistic and simple thinking.
“Think Simple. Think Bare. Think Minimalistic.”
source :http://www.mbaskool.com/business-articles/marketing/8807-minimalistic-marketing-and-its-relevance.html

Social Media Marketing (SMM) has arrived. We need to make use of some key tools here. We bring information about these to you.


1# Later – Instagram Scheduler Later is known as premium social media marketing tools to plan your visual content marketing.It’s an easy-to-use tool to schedule and manage your Instagram posts via any devices such as the computer, iPhone, tablet or android so that you can manage your account from anywhere. It has an ability to add team members and this is a keynote in this particular social media marketing tool.
Pricing: Free Plan: Available It has afree plan that allows you to publish up to 30 posts and 2 reposts per month on an Instagram profile. There are also a couple of things such as it helps to socialize with Facebook, Twitter, and other marketing tools as well.
Other Premium Plans: For Individuals: 9$ For Businesses: 19$, 29$, 49$

The future is AI and Digital Marketing – Learn it NOW to become successful !

The digital world has arrived.  We invite you to learn what is required in the digital world. For this is something we all need to know to succeed in the new world we inhabit.

The technical world is moving towards Artificial Intelligence (AI), Natural Language Processing (NLP), machine learning, and chatbots. This is why it is important to know all about this technology is, where it’s going, and what impact it will have on digital marketing as a whole.


What is AI
AI is the concept of machines undertaking tasks in a way that we humans would consider intelligent. Or AI is when a machine can undertake a task as well, if not better than a human would.

Machine learning is a subset of AI, whereby we provide a machine with data and it then learns on its own. Instead of being programmed to do something, machines are given the information they need to do it themselves. So, machine learning is one of the applications that is driving AI development. Here, it is crucial that we get the machine learni…

AI is here to stay and there are many tools making use of it.

Let us understand and Explore the power of AI.

There’s a lot of hype surrounding artificial intelligence (AI) and machine learning, but there’s no denying the technologies are going to shape the future of marketing. In fact, they’re already powering most of the tools we use today – even if we don’t realise it.

Google, Facebook and just about every platform we use to connect with consumers are knee-deep in these technologies and the list of marketing AI tools is rapidly growing. We show you some tools that make complete use of AI


#1: Import.io Import.io allows you to import data from any web page, even if the data you’re after is hidden behind login forms or other elements. You can then compile this data into spreadsheets, visualisations or machine learning algorithms. With this data on your side, you can do anything from competitor price research to analysing all of your customer reviews to pinpoint the most important areas for …