Quality Management, as we know, has witnessed phases of its evolution over decades. Originating with Mass Production in Ford in 1920s followed by Walter Shewart’s measurement of Control Charts, Edward Deming’s 14 principles of Quality and Plan-Do-Check and Act(PDCA) approach, Armand V. Feigenbaum‘s Total Quality Control method, Ishikawa’s concept of Quality Circles, Philip Crosby’s emphasis on Zero Defects, Shigeo Shingo’s Lean methodologies of JIT and Poka Yoke(mistake/fool proofing) and Kaizen which sets the stage for Toyota Production System, and Joseph Juran’s trilogy on Quality planning, Quality Control and Quality Improvement. Also in recent times, Motorola-initiated Six Sigma has been widespread across the globe in most of the companies with an increased focus on reducing variations and never ending improvement.

Quality – A scientific approach
One common thing across all the above methodologies is to deal Quality as a Science (theory propagated by Walter Shewart) and it can be predicted that future will hold similar approaches to Quality. When we look back to the recent past, Lean and Kaizen have direct impacts on improving cost efficiencies and fall under the umbrella of “Continuous Improvement” for any organisation. Six Sigma, as a concept, has evolved and seem to be adopting Juran’s two trilogies of Quality Improvement and Quality Control. Juran’s third trilogy of Quality Planning can be linked with DFSS (Design for Six Sigma). There have also been improvements in creating Statistical software with the help of Technology which does not limit the use of statistical tools and graphs only to Quality Professionals. The world keeps changing and Quality Management as a topic of study and research also needs to be adapted to the change. So, now the question is will Six Sigma and Lean continue for the coming decades or will become a fad? 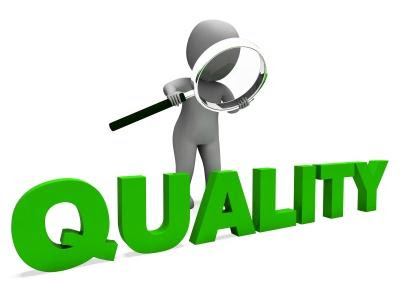 “Innovation” – The New Face of Quality?
As a result of ever-changing market dynamics and ever-increasing customer demands, current age Quality Professionals need to look beyond simple Quality (e.g. reducing defect, increasing customer satisfaction, etc) and make an attempt in expanding their scope to what is termed as Innovation. This helps shift the focus from improving Operational goals to a broader view of improving the competitive position of a Company, satisfy customers in a better manner and eventually reduce costs for the Organisation. To sum up, Innovation adds a commercial and an economic tag to our age-old concept of Quality. Is Invention similar to Innovation? The answer is NO. Invention is to create or discover something new. Innovation means to replicate the same invention to the point that the product/service is reliable and the customer is willing to pay a price for it. In summary, Innovation can be defined as an economic concept which includes the development of:
• New product and new services
• Process of delivery and transportation of services
• Operating/Business Models
• Market Dynamics

Types of Innovation
Along with developing new products, service is one concept which touches all types of industries like Manufacturing, IT, Banking, etc and in different forms. This is a predominant reason for a cut-throat competition amongst Companies today. And, experts view Innovation under two categories – Product Innovation and Process Innovation. So, which type of Innovation should a Company focus on? Logically, the answer sways more towards Process Innovation which is more service oriented. This leads to another question - Do Companies require hiring high-end researchers to innovate? The answer remains as NO. Innovation can be managed in a systematic and an organized form within the existing resources. Companies can run organization-wide innovation initiatives and get staff trained on the skills of innovating. Strategically it’s also important to expand a risk-taking attitude in Organisation.

Setting stage for Innovation
Joseph Juran, often known as “Father” of modern day Quality Management, was far ahead of his time. During his stint at Toyota, he encouraged a culture of Innovation right down to the Shop floor. He believed that the best ideas come from the bottom-line staff. During the 1973 Oil crisis, Japan imported almost all of its oil and only way to improve the revenues was to increase the prices of the vehicles and the products of the automotive industry. Clearly with this economic situation, the companies had to find ways to reduce their direct overheads which involved laying off employees. On the contrary, sales at Toyota increased by about 37%. The secret to this outcome was the drive within Toyota to generate ideas which can reduce costs of production without any major investments. The response to this across all branches of Toyota worldwide was tremendous that about 247,000 ideas were generated inspite of being so close to the crisis period. As a result, Toyota has created a benchmark in Continuous Improvement and Kaizen that it has been known not to lay off any employee since 1950.

Innovation as a Strategy
Ideas need to be a part of everyday’s work for the staff and Leaders play a vital role in driving them for generating ideas along with its’ governance. After taking over from Jack Welch, Jeff Immelt, CEO of General Electric, set up a challenging goal for GE to achieve an increase of growth by 2-3%. Critics viewed this as an over-ambitious target looking at the then economic conditions. Only Productivity improvements and Six Sigma as driven by Jack Welch during his time could not have led to this exponential growth. This was the time when GE, under Jeff’s leadership, made innovations as a part of their strategy and made developments to foster this as a cultural shift within businesses of GE.

Jeff made drastic changes to the KPI for the Leaders and Managers of GE. He implemented key changes to his Operating Model:
• Introduced changes to the organization structure, goals and targets of the company, changed the operating systems and metrics to help drive culture change
• Made Innovation an integral part of his Company-wide strategy
• Along with other Operational processes, Jeff converted Innovation as one of the process to be looked at from end-to-end perspective
• Fostered an environment where Leaders actively participate in Innovation. This helps drive the culture holistically in a Team adding cumulatively to the Organization
• Ensured a clear communication on Innovation in all his Leadership meetings to reinforce the drive
• Established an Innovation Center/Council where his Leadership Team identifies and tests the best ideas given by employees. This council also looks into the follow up of the ideas until execution and ensures employees are equally rewarded.
• With the generated funds out of improvements suggested by employees, further environment for innovation is cultivated within teams

Jeff saw the dynamism in the economy and how the customer expectations keep growing each day. Jack Welch laid the foundation in GE for being prepared for the changing business environments and propagated that only way to survive is to adjust and adapt to change. Following the footsteps of Jack, Jeff kept customers in the forefront and made them the reason for why GE stands today for what it is. Jeff’s idea of Innovation revolves around being customer-centric and long-term focused. In theory and in practice, today’s competition witnesses a kind of customer who never expresses his needs however shifts to what makes him satisfied. Jeff banks on this theory and made his Leadership rethink their goals and operating models. To add more value and to break the monotone atmosphere of the staff, he also encouraged cross-functional factory visits of employees. E.g. an airline staff visited GE Medical unit and an employee working in GE credit card unit visited the plants at GE Water. This brought about a major shift in the front-line thinking in understanding the Business and customer needs.

Focus on Innovation – Is it really the future?
Toyota and GE have proved with their pro-Innovation strategies on how they managed to survive the economic conditions during years of their establishment and are ready to face the ever-changing customer requirements along with managing costs.

Literally, this concept of “Innovation” is too naïve in nature and our current theories on Quality Management may not change too soon. Nevertheless, it’s important to start looking from the perspective of how Companies transform in the current economic scenario and this thought on innovation can be used as a good value proposition for the Quality and Management Professionals across the corporate economic world in their service offerings.
Source:-http://www.mbaskool.com/business-articles/operations/9438-sqc-tqm-lean-six-sigma-whats-next.html
By Anonymous at March 26, 2014
Email ThisBlogThis!Share to TwitterShare to FacebookShare to Pinterest