The power of IOT and its wonderful success stories

Many think AI is impossible to learn and something like robotics too complicated. People like Ravi, however show us that nothing is impossible with passion and drive. 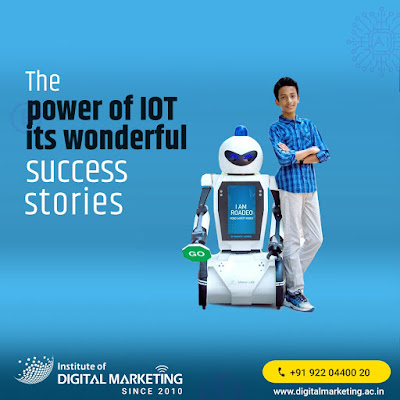 Many of us are fascinated by science fiction pop-culture. Be it movies like Star Wars and Star Trek or Marvel and DC characters, we all have grown up watching them. And in the process, we loved the futuristic plot lines that were riddled with subjects like artificial intelligence, robotics, automation, quantum physics, and many more, that explained the existence of the universe. Now, this is becoming much more real.
Many are fortunate to pursue such technical subjects in real life and try their best to excel in it. There is another side of India where it remains a distant dream for children from lower economic backgrounds. Fourteen-year-old Ravi Patel from Pune is one of them, whose father couldn’t support his dreams to get him a better education, as he earns a meagre Rs 15,000 salary to take care of his entire family

Ravi luckily got support from Mumbai based Salaam Bombay’s skills@school programme that collaborated with his school. Ravi initially started with the basic training, demonstrated his quick learning and made mechanical robots very well.

IOT steps in
He was then evaluated. After his assessment for the basic course, Ravi qualified for an advanced level of training where he learned the art of the Internet of Things (IoT) and artificial intelligence (AI). Further, he was trained under the guidance of experts for a month, post which Ravi made a TORO Robot – a language translator programmed for 15 languages. Ravi then started implementing his technical knowledge in his independent projects – IoT-based home automation using microcontroller Arduino Uno and an internet app to control the electric home appliances in a house. With the system in place, all one has to do is give a voice command on the mobile app and the system will switch on and off any electrical appliances, lights, and fans of the house.

Realisation of dreams
Everything in life begins with a dream. Very often, we are discouraged by everyone around us, leading us to lose our confidence and follow the tried and tested path that everyone else follows.
Still, with passion, we can invoke the power of dreams to bring back our natural buoyancy, verve and daring. A power that can unfold the superhuman in us all. In fact, as the digital world is global, we can learn from any skills of the globe and share it globally too.
Ravi shows us we all can indeed master the digital world and step into a world that can make life easier for us and all around us. The digital world is also very democratic. If Ravi did it in Mumbai, someone else can do it America. This is the power of the digital world as we know it today which is why we encourage everyone to master the digital world and realise their dreams like young Ravi has done.